I want to believe

Every now and then, I take a stroll through cyberspace to see what the other bipolar boys and girls are up to. Some of what I find is interesting, some is truly incoherent, and some if it is infuriating if not flat-out insulting

Bipolar Chicks Blogging has its moments (they're funny!), but I get a little confused by the group blogging because I can't always tell who's writing. Elsewhere there are a lot of people out there who aren't so funny and who take themselves verrrrry seriously as imparters of bipolar related knowledge. They have a bead on some good information, but their intensity hints of desperation to be taken seriously. I want to be taken seriously, but sometimes it feels like other similarly afflicted people are the only ones even making the effort.

There are the God people. They do not refute the existence of bipolar disorder (I'll get to that in a moment), but they have an unshakable belief that only through God's love will they find relief from their illness. They have a lot to say about God and Jesus, and how prayer and living in Christ's love will lead all of us BP patients to healing. They do not have any advice for atheists like me, other than to accept God into my life or I will live under the curse of BP forever. I had God, I found science, and faith in the omniscient unproven was one less irrational belief cluttering up my already addled brain.

And then there are the other kind of nonbelievers. These are the people who are angry and bitter at having been told they have bipolar disorder. They took medication. It proved uncomfortable. They stopped medication. They found clarity. They found they may have been misdiagnosed all along (didn't they ask questions at the time? Baaaaaa?). Now they have reached the apparently obvious conclusion that not only don't they have bipolar disorder, nobody else does, either, because we can't have an illness that does not exist. Some of them really believe in God, but since I don't, this might make us even.

I knew that Tom Cruise and the followers of Scientology (is L. Ron Hubbard God?) do not believe in mental illness at all, and their vitriolic scorn and skepticism of psychiatry is legendary. What I did not realize, though, is that there are a lot of people out there who believe that the best way to cope with mental illness is to deny its very existence. I have bipolar disorder? No, no, no. There is no mental illness. POOF! I no longer have bipolar disorder! If one could not possibly accept the diagnosis, I could see the case for throwing out the baby with the bathwater, so to speak (not really a BP kind of behavior, though), and declaring the illness to be wholly...nonexistent. There. See? I can't have something that doesn't exist, and--good news--that means you don't have it, either. Or you, or you, or you! A misdiagnosis combined with a failure to ask questions and do one's own homework does not negate the legitimacy of the illness. 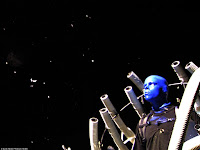 I miss Spalding Gray. Nobody could speak about mental illness with the same level of humor and empathy. I was thinking about him this week because (here we go, May's brain in action...) I was listening to Mickey Hart's Apocalypse Now Sessions CD. This got me thinking about war films set in Southeast Asia, which made my brain jump to The Killing Fields, which logically led to Swimming To Cambodia, Spalding Gray's best spoken-word performance, ever. I liked his voice. His voice... I switched to Blue Man Group's The Complex CD, and skipped to the song, Your Attention. Spalding Gray's voice is one of three heard speaking in the background of the song. His is referred to as "the low self-esteem voice." You have to listen to understand. Given Spalding's frequent and candid reflections on his own complex emotional layers, I've always thought his part of the three voices was a sly wink and a nod to those who are in the know.

Anyway, as I stumbled upon blogs and Websites related to my illness, I noticed that many people who have it feel an intense need to write about it. I think we all want to understand it just as much as we want to understand how we feel about it. It's not like it's something you can discuss in polite company. We are alone with our situation but not alone in the greater electronic community. It's validating to be able to compare notes and see how similarly the illness disrupts the lives of all of the good boys and girls whose brains went Pop!
Posted by May Voirrey at 1:57 AM

I think writing about being bipolar has been very helpful to me. Although, my blog is basically about everything. Depression, divorce kids etc.

Writing about life--all aspects of it--is beyond therapeutic. When I told my therapist I was finished with our sessions, I also told her I would just blog about my life. She didn't think that would be effective, but really, I, like you, find it to be very helpful. without this outlet, my brain would have exploded by now, I think.

Thanks for the mention of Spalding.
If you are in NYC before Aug. 31, you can maybe get some relief by seeing James Braly's Life in a Marital Situation, or wait til it's on tour.

OR if in Victoria,BC, this week, Shawn Watson is doing Swimming to Cambodia at the Fringe, an EXCELLENT performance.

All this and more is on
http://www.spaldinggray.com/updates.html

And I would like your permission to post your blog entry under fan writings on the site. You get full credit and a link to your blog if you want. Just go to www.spaldinggray.com
click on Contacts, that goes to me.

And there is strong research indicating that writing,either privately or public, especially about emotions and trauma, has significant long term benefits.

Thanks for the info, jb. And I am sincere in my missing of Spalding Gray. After hearing of his disappearance and the events leading up to it, I was deeply saddened but not surprised to learn of his suicide.

Understanding it doesn't make me any less sad, though, and I'm sure many others feel the same way.

If ever anyone understood the value of "writing the brain"...

Shyness is one sign exhibited by anxiety disorder in children. In this case it is an excessive form of shyness that never seems to let go of the child. Such children often have to be forced to express themselves often worsening the situation. One way of treating this condition is finding out the situations that a child is more likely to feel comfortable enough to express themselves. From this point, help the child develop their confidence such that the shyness gradually dissipates.

Never let your neurotransmitters play unattended. Swings of any type are particularly hazardous.

From Paula Cole's song, It's my life

"I'm on the patch right now...It releases small doses of approval until I no longer crave it, and then I'm gonna rip it off." --Ellen Degeneres

Stuff I wrote before you got here

I wish I had written this

"I compare myself with my former self--not with others. Not only that, I tend to compare my current self with the best I have been, which is when I have been mildly manic. When I am my present "normal" self, I am far removed from when I have been my liveliest, most productive, most intense, most outgoing and effervescent. In short, for myself, I am a hard act to follow."— Kaye Redfield Jamison, An Unquiet Mind: A Memoir of Moods and Madness

May Voirrey
I'm a middle-aged woman living under the delusion that I'm much younger. I'm married, and have a canine/feline assortment. I am estranged from almost everyone, especially after they all couldn't run away fast enough when I was first diagnosed with Bipolar Disorder and then I became suicidal--and dared to talk about it openly. It later turned out I don't have BP at all, but the mistake taught me a lot about people. I do have ADHD, which was not a surprising diagnosis. I work with people from all over the world. I probably could have done something great in my lifetime, but my brain didn't cooperate long enough for that to happen, so I proudly embrace my averageness, mediocrity, and limited contributions to the betterment of mankind. So much wasted potential. Oh well. I have a lot to say about that and many other things.

Rules of this blog 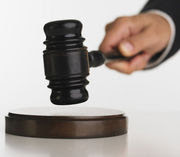 Show up and be counted